Home  /  News  /  Current Page
On Tuesday 8th October, a group of girls went along to the Northern Ireland Women’s U19 European Qualifiers match vs Norway at Seaview. A group of girls were selected to represent Belfast Model School for Girls to do ‘ball girl’ at the game as well as playing a 5 aside match during half time. The girls were playing Hazelwood and comfortably won the game! Faith Johnston was also representing the Girls’ Model and Northern Ireland during their defeat to Norway. Faith was brought on as a substitute in the last 10 minutes to win her 9th International Cap for Northern Ireland! Well done and congratulations on a very successful tournament! Even though the girls were defeated today, the Northern Ireland team already qualified for the elite rounds of the competition as they came runners up of the group. The next stages will be played in March time.
Thank you Ms Stuart for driving us to the stadium today!
Miss Dickson 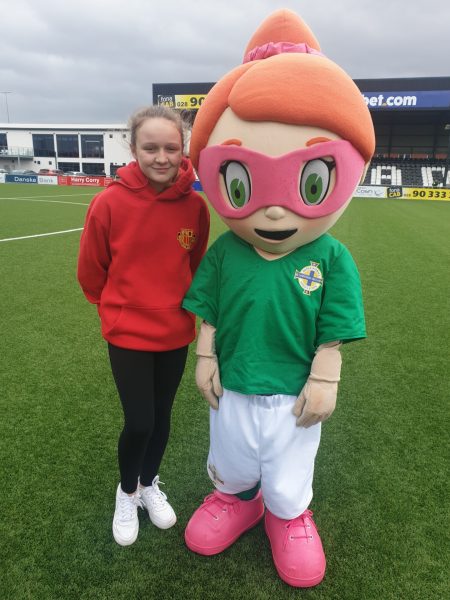 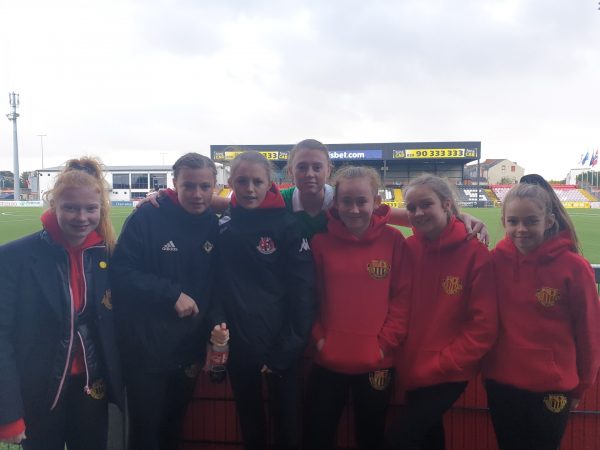 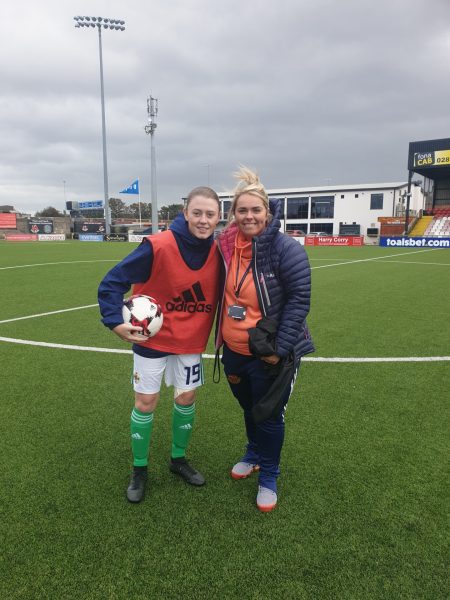